The Declaration of Independence was the climax of an ongoing process that began about one hundred years earlier and is still ongoing.

Christians as well as Jews argue, mostly among themselves, whether the State of Israel is indeed the fulfillment of dozens of biblical passages that predict an end-time regathering of Israel back to its land. Christians who dismiss the present state as not being a fulfillment of prophecy are bothered by the fact that the Jews returned in unbelief with regard to the person of Jesus, and both Christians and Jews relay on the fact that the majority of the ones who have returned are not Orthodox Jews but rather atheists or agnostics and therefore Israel does not fit in with all those biblical passages dealing with the return.

However, it can’t be denied that the history of the Nation of Israel as well as the current State of Israel fulfill numerous Biblical prophecies.

Sadly, we don’t have to dig too deep into Israel’s 1950 years of history since the destruction of the second temple to find the fulfillment of the biblical exile prophecies. Less than 80 years ago we saw the horrific  prophecy of Deuteronomy 28 coming alive:

“… if you do not obey the Lord…  all these curses will come on you and overtake you: You will be cursed in the city and cursed in the country… you will become a thing of horror to all the kingdoms on earth. Your carcasses will be food for all the birds and the wild animals, and there will be no one to frighten them away… The sights you see will drive you mad… You will become a thing of horror, a byword and an object of ridicule among all the peoples where the Lord will drive you… you will eat the fruit of the womb, the flesh of the sons and daughters… You who were as numerous as the stars in the sky will be left but few in number… You will live in constant suspense, filled with dread both night and day, never sure of your life. In the morning you will say, “If only it were evening!” and in the evening, “If only it were morning!”—because of the terror that will fill your hearts and the sights that your eyes will see…”

The Holocaust was the climax of numerous awful occurrences that took place during the long exile of the Jews.  One could expect that under these terrible conditions in the diaspora, without a state of their own, Jews will assimilate in their hosting countries and disappear, but they haven’t. This unique phenomenon that surprised many (e.g., Arnold Toynbee, Jean Paul Sartre, Blaise Pascal), is however explicitly stated in the Bible: “Yet in spite of this, when they are in the land of their enemies, I will not reject them or abhor them so as to destroy them completely, breaking my covenant with them” (Leviticus 26, 44);  “Only if these decrees vanish from my sight, declares the Lord, will Israel ever cease being a nation before me” (Jeremiah 31, 36);

The State Of Israel

The State of Israel, as it is today, fulfills many biblical prophecies:

These fundamental prophecies are scattered all over the Bible.

The above numbers are a clear realization of the biblical prophecies in the State of Israel: “Then the Lord your God will bring you back from captivity and have compassion on you and gather you again from all the nations where he scattered you. Even if you have been banished to the most distant land under the heavens, from there the Lord your God will gather you and bring you back” (Deuteronomy 30, 3). 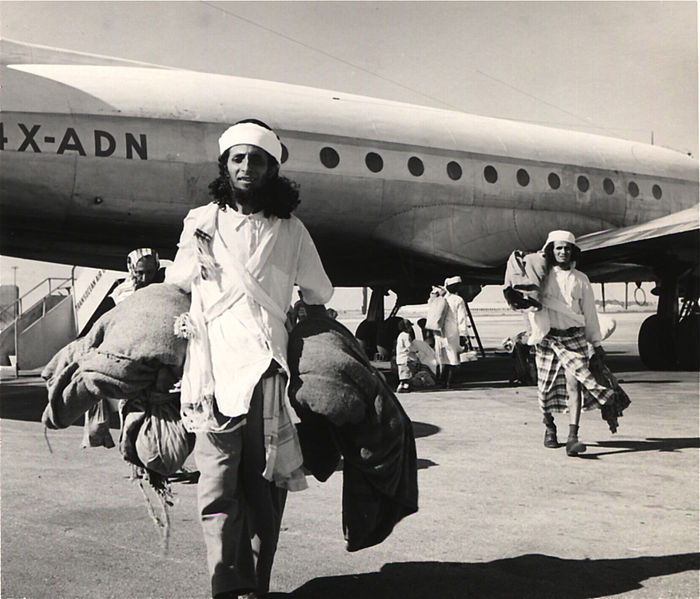 Regaining the Land of Israel

As we continue reading this prophecy, we learn that the gathering will be followed by regaining the Land of Israel: “He will bring you to the land that belonged to your ancestors, and you will take possession of it” (Deuteronomy 30,5). This part is also fulfilled by the State of Israel.

The prophecy continues: “He will make you more prosperous and numerous than your ancestors” (Deuteronomy 30,5)

The state of Israel fulfills this prophecy as well. Unprecedently, its GDP per capita was doubled during the last decade passing well established countries like Britain and France

The Bible promises that during the exile the Land of Israel will be of desolation: “I myself will lay waste the land, so that your enemies who live there will be appalled. I will scatter you among the nations… your land will be laid waste, and your cities will lie in ruins” (Leviticus 26, 32)

This is exactly how Mark Twain found it in 1867: “Palestine sits in sackcloth and ashes. Over it broods the spell of a curse that has withered its fields and fettered its energies… Palestine is desolate and unlovely. And why should it be otherwise? Can the curse of the Deity beautify a land? Palestine is no more of this work-day world. It is sacred to poetry and tradition--it is dream-land” (“The Innocents Abroad”, Chapter 56)

In Ezekiel (36,8) we read that this desolation will completely change upon the return of the nation to its land: “But you, mountains of Israel, will produce branches and fruit for my people Israel, for they will soon come home”.

Two thirds of the land of Israel is semi-arid or arid and much of the soil is of poor quality. There is a shortage of natural water resources and a scarcity of precipitation. Despite these challenges, Israel managed to create a remarkable agricultural transformation, securing national food security and emerging as a global leader in agriculture and water management.

Israel holds the world record of 13,000 liters of milk per cow, produces 262 tons of citrus fruit per hectare, 300 tons of tomato per hectare and has only 0.5% of grain storage loss.

Isn’t it just an exact fulfillment of prophecies like “And I will bring my people Israel back from exile. They will rebuild the ruined cities and live in them. They will plant vineyards and drink their wine; they will make gardens and eat their fruit” (Amos 9,14) and “The desolate land will be cultivated instead of lying desolate in the sight of all who pass through it. They will say this land that was laid waste has become like the garden of Eden” (Ezekiel 36, 34).

In contrast, the construction of the roads is a sign of redemption: “Pass through, pass through the gates prepare the way for the people. Build up, build up the highway, remove the stones. Raise a banner for the nation” (Isaiah 36, 10)

Jerusalem is the jewel in the crown of the redemption prophecies. In one of his prophecies Prophet Zechariah (2, 3): “Run, tell that young man, Jerusalem will be a city without walls because of the great number of people and animals in it”

For many years Jews were banned from living in Jerusalem. In the beginning of the 20th Century 35,000 Jews lived within the ancient city walls. This changed all together: In 1948 there were 83,000 residents, mostly outside of the city walls and this number crossed 580,000 in 2021.

We see that despite not 100% fitting in with biblical gathering prophecies, the current State of Israel fulfills many of them.

Many of the redemption prophecies describe a multi-stage process that will commence with gathering and develop to belief. An example can be found in Ezekiel (36, 24-27) that starts with “For I will take you out of the nations; I will gather you from all the countries and bring you back into your own land”. This gathering in unbelief will then develop further: “I will sprinkle clean water on you, and you will be clean; I will cleanse you from all your impurities and from all your idols. I will give you a new heart and put a new spirit in you; I will remove from you your heart of stone and give you a heart of flesh. And I will put my Spirit in you and move you to follow my decrees and be careful to keep my laws”.

A similar process is written in Deuteronomy (30, 3-6). It begins with the gathering: “Then the Lord your God will bring you back from captivity and have compassion on you and gather you again from all the nations where he scattered you….  He will bring you to the land that belonged to your ancestors, and you will take possession of it. He will make you more prosperous and numerous than your ancestors”.  Belief will follow only after: “The Lord your God will circumcise your hearts and the hearts of your descendants, so that you may love him with all your heart and with all your soul, and live”

The fulfillment of so many biblical prophecies is a clear sign that the process has started and it is only a question of time until the next stage (i.e. belief) will follow.

So on this 74th Birthday of Israel- we rejoice!